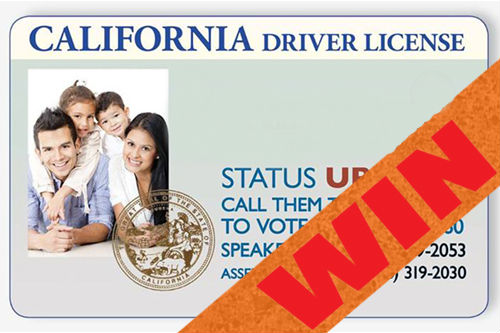 But the Department of Homeland Security is pushing the state of California to include discriminatory branding on the front of the licenses like this—“NOT VALID FOR IDENTIFICATION” —which places undocumented immigrants in danger of being discriminated against.

When the law was drafted, California legislators and Governor Brown worked together to ensure that these driver's licenses would comply with federal law while also protecting community members from discrimination from landlords, grocery store clerks, or anyone else who may see the license.

But the Department of Homeland Security is now trying to undo that balance.

Call your Congressional representative right now and ask them to stop the DHS from trying to force the state of California into branding AB 60 driver’s licenses with discriminatory markings!