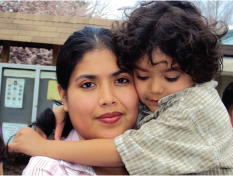 This year, we have the best chance we've had in a long time to create change in an immigration system that has left 11 million people living in the shadow of deportation.

But in past years, previous Comprehensive Immigration Reform (CIR) bills introduced in Congress haven't come close to giving all undocumented people a chance at citizenship. For example, a 2006 CIR bill that failed would have given only 7 million the opportunity to "fix" their status if it had passed.

Tell your Congressperson that you won't settle and leave anyone behind. Sign this petition calling for a bill that would provide a pathway to citizenship for 11 million undocumented people.