Dear CBS Board of Directors,

Despite tremendous racism and violence coming from Donald Trump’s campaign, your company’s CEO, Les Moonves, is gloating about profiting off of what “may not be good for America”. And that he seems to enjoy profiting off of what is hurting our country — at one point even saying “this is fun,” — is unacceptable. Moonves is condoning and encouraging bigotry and hate from Trump’s campaign and must be held accountable.

We call on you to fire CEO Moonves and replace him with new leadership who can run a successful business without profiting from hatred, white supremacy, and violence. Donald Trump’s most recent refusal to immediately disavow David Duke and the Ku Klux Klan is just the latest in a long line of actions and statements that encourage violence towards our communities. In fact, Trump’s hateful campaign has directly resulted in over 30 documented instances of harassment and attacks against Latinos, immigrants, and people of color. It is unacceptable for CBS to profit off this hate and violence.

As the head of a corporation that makes billions from using publicly licensed television and radio waves, and as someone who regularly appears on the list of highest paid CEOs, it is unacceptable for Moonves to profit off what he has acknowledged as bad for our country. We demand that the CBS Corporation appoint a new CEO, one who can find a way to make a profit without purposely hurting our country and endangering our communities. 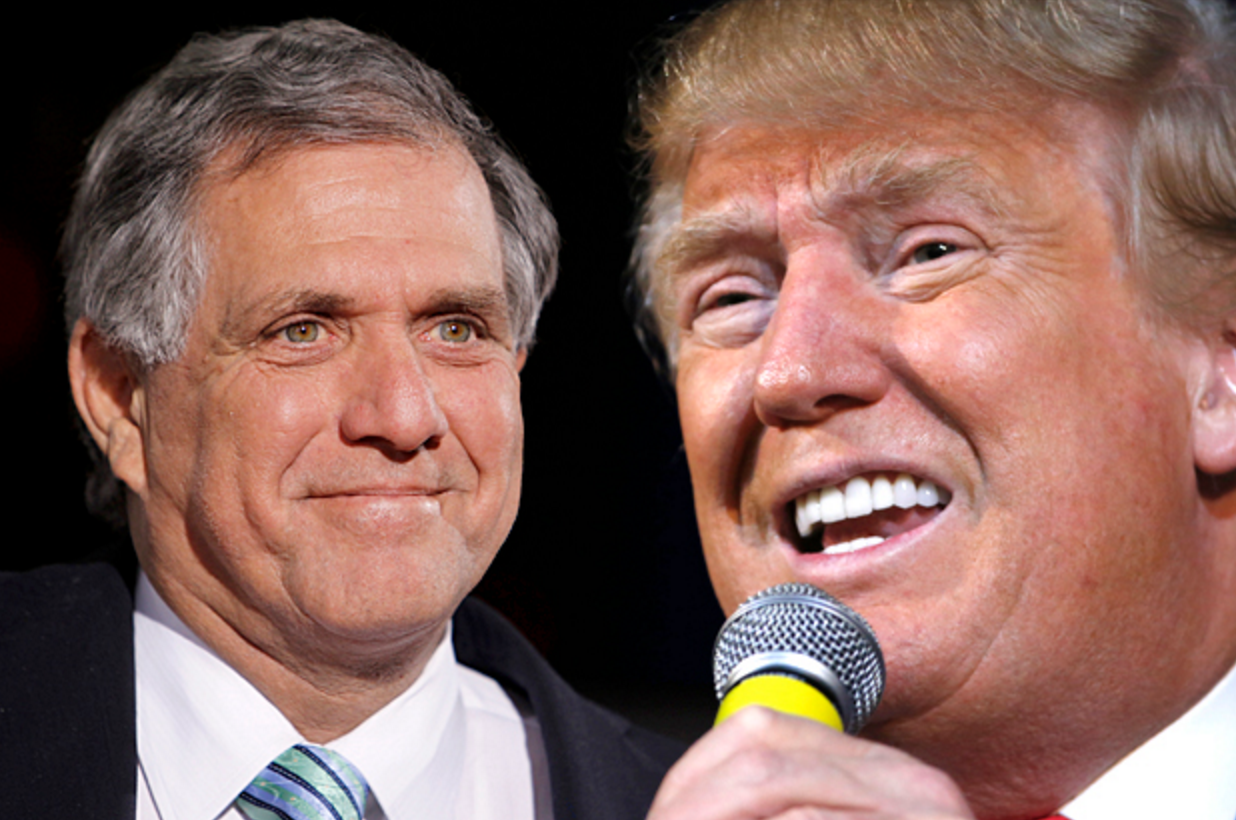 “Go Donald! Keep getting out there!”
“Bring it on, Donald, go ahead, keep going.”
— Les Moonves, Chief Executive Officer of CBS Corporation

This isn’t the cheerleading of a Donald Trump campaign operative. These are the words of one of the highest paid CEOs in the world, Les Moonves of the CBS Corporation. It’s no secret that big media corporations have been making big money off the spectacle of this presidential election, but Les Moonves has gone far beyond that.

In comments at a Morgan Stanley conference Les Moonves acknowledged that his cheerleading for Trump’s campaign “may not be good for America, but it’s damn good for CBS.” Moonves, who is one of the highest paid CEOs in the world, didn’t even say this with any sense of remorse, at one point saying , “the money’s rolling in, this is fun.”

Les Moonves wouldn’t have used the word “fun” to describe Trump’s campaign if he more deeply felt the violence being done to our communities by Trump's words and actions. Recently, a Black protestor, Rakeem Jones, was sucker punched in the face as he was peaceably leaving a Trump rally. The Trump supporter who punched Jones later said in an interview, "next time we might have to kill him," and there have been more than 30 separate documented incidents of Trump supporters attacking our communities. Unless enough of us stand up and do something about it, these violent incidents will continue.

And this is just days after Donald Trump failed to immediately distance himself from David Duke and the Ku Klux Klan. It’s the latest in a long line of Trump actions and statements that encourage violence against our communities, and have directly resulted in attacks and harassment against Latinos, immigrants, and people of color.

CBS Corporation makes a lot of money off of publicly licensed television and radio waves. It should be not run by a CEO that delights in profiting off of what he himself acknowledges is bad for America. Sign and share this petition to tell the CBS board of directors that it’s time for him to go.