Presente | Tell corporations not to back politicians who pander to white supremacists. 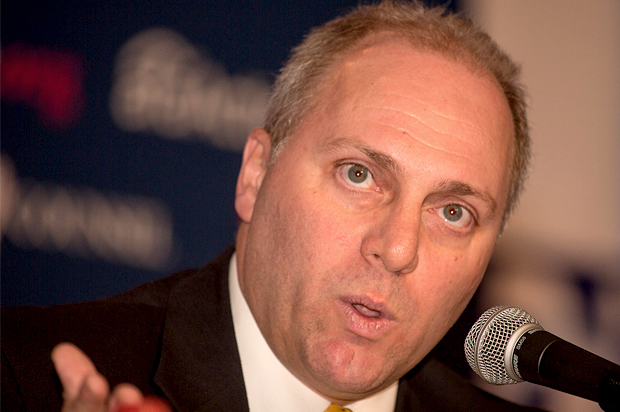 Tell corporations not to back politicians who pander to white supremacists.

Republican Rep. Steve Scalise recently admitted to speaking at a white supremacist conference in Louisiana. Turns out it's just the most recent example in a longer string of dog-whistles and pandering to an electorate that voted to elect former KKK Grand Wizard David Duke.

Despite this shocking revelation, Scalise — who once described himself as "David Duke without the baggage" — was easily elected by his fellow Republicans to become House Majority Whip. This makes him the third most powerful Republican in the House of Representatives. No one with a history of keeping company with white supremacists should hold such an influential position.

More than 100 corporate donors, including UPS, Microsoft, Comcast, Facebook, and Google, helped Scalise build power and influence by contributing more than $3 million to his leadership PAC. By calling on these corporations to pledge to stop supporting a politician with white supremacist ties, we'll limit Scalise's influence. It's simple: the less money Scalise can raise, the less viable his continued leadership in the House of Representatives becomes.

Tell Scalise's corporate donors not to give money to politicians who pander to white supremacists.